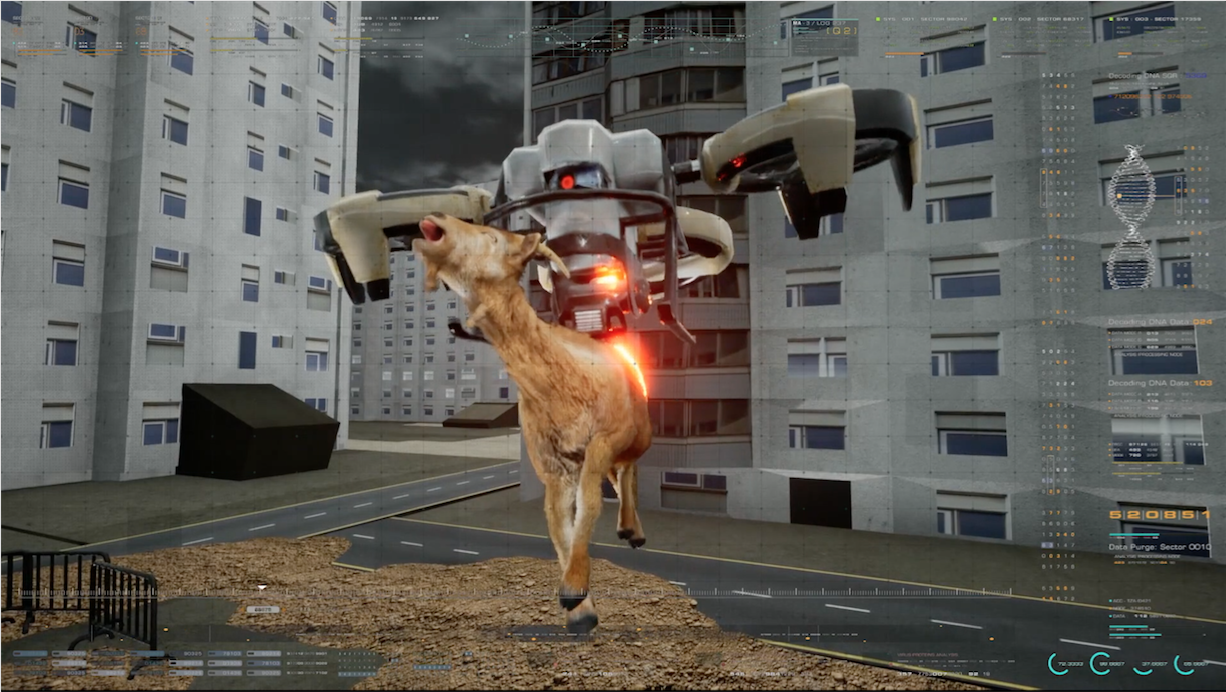 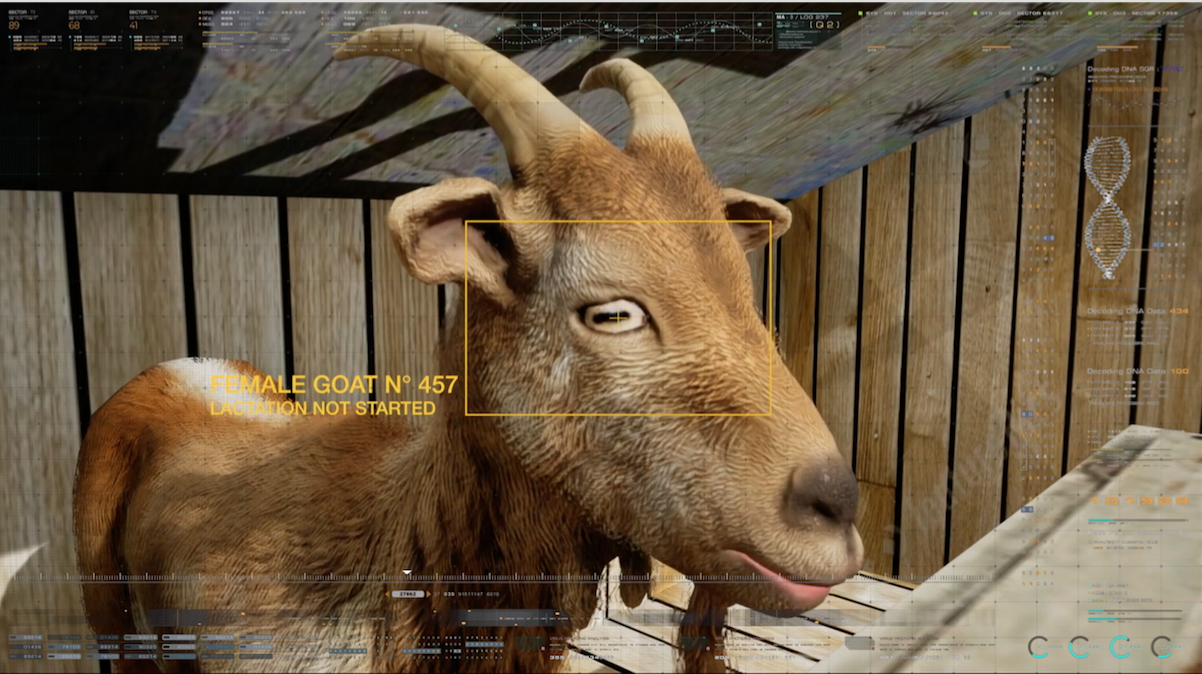 Do sheep dream of electric shepherds? — 2020 — Following the Covid-19 pandemic, the French government has decided to introduce Electric Shepherds to minimize contact between humans and farm animals. Drones have replaced all farmers, breeders, and shepherds. This has led to better hygiene standards, considerably fewer contagion risks, and more efficiency in agricultural monitoring. Even traditional small-scale farming has turned into fully automated animal production. Before this decision, closing city farms were considered, Gilles Amar sheepfold: La Bergerie des Malassis was threatened once again. But closing one more farm would have been a stain on the government's reputation. To correspond to its supposed ecological and green politics, the farm is saved but led by drones.\r\nIn the drone exploitation, Gilles’ words are still written and seem to be the only trace of human-being.

Valentine Hhevâh Langeard born in 1997 in France is graduated from la HEAD (Haute Ecole d'Art et de Design de Genève) in sculpture / installation. Her work questions the contemporary drifts of human domestication of nature and analyses its different charges of traditions and spiritualties.