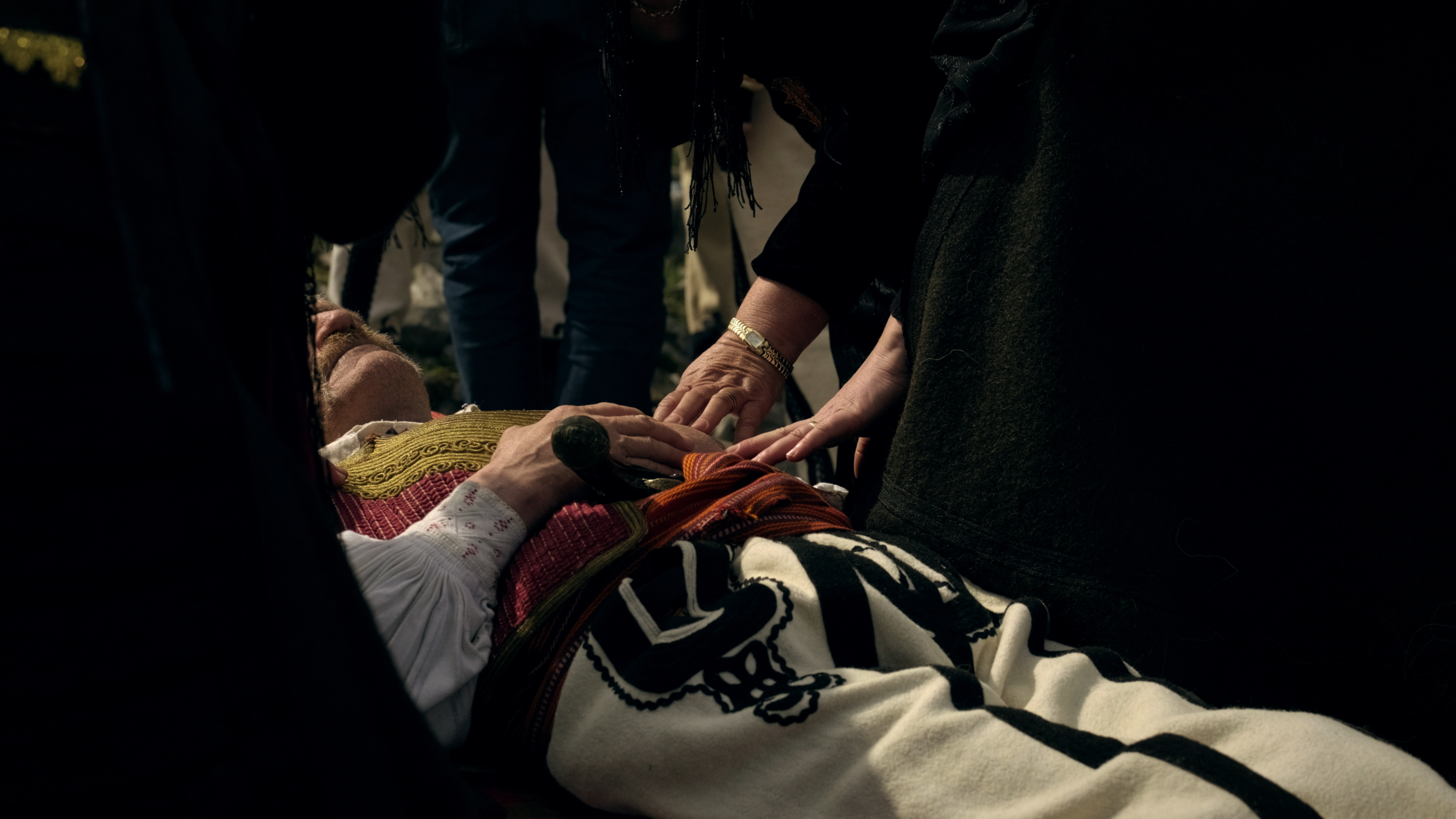 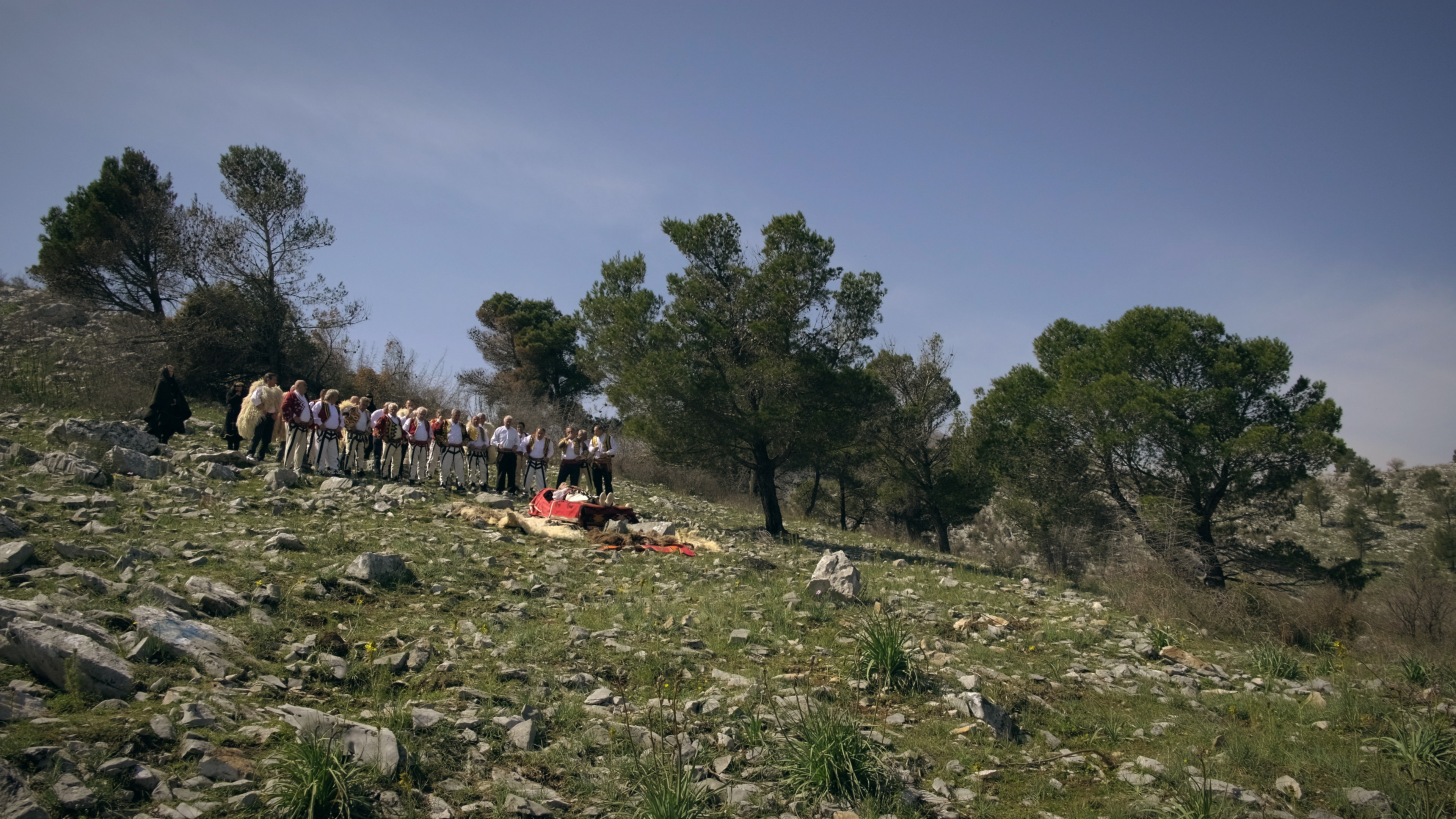 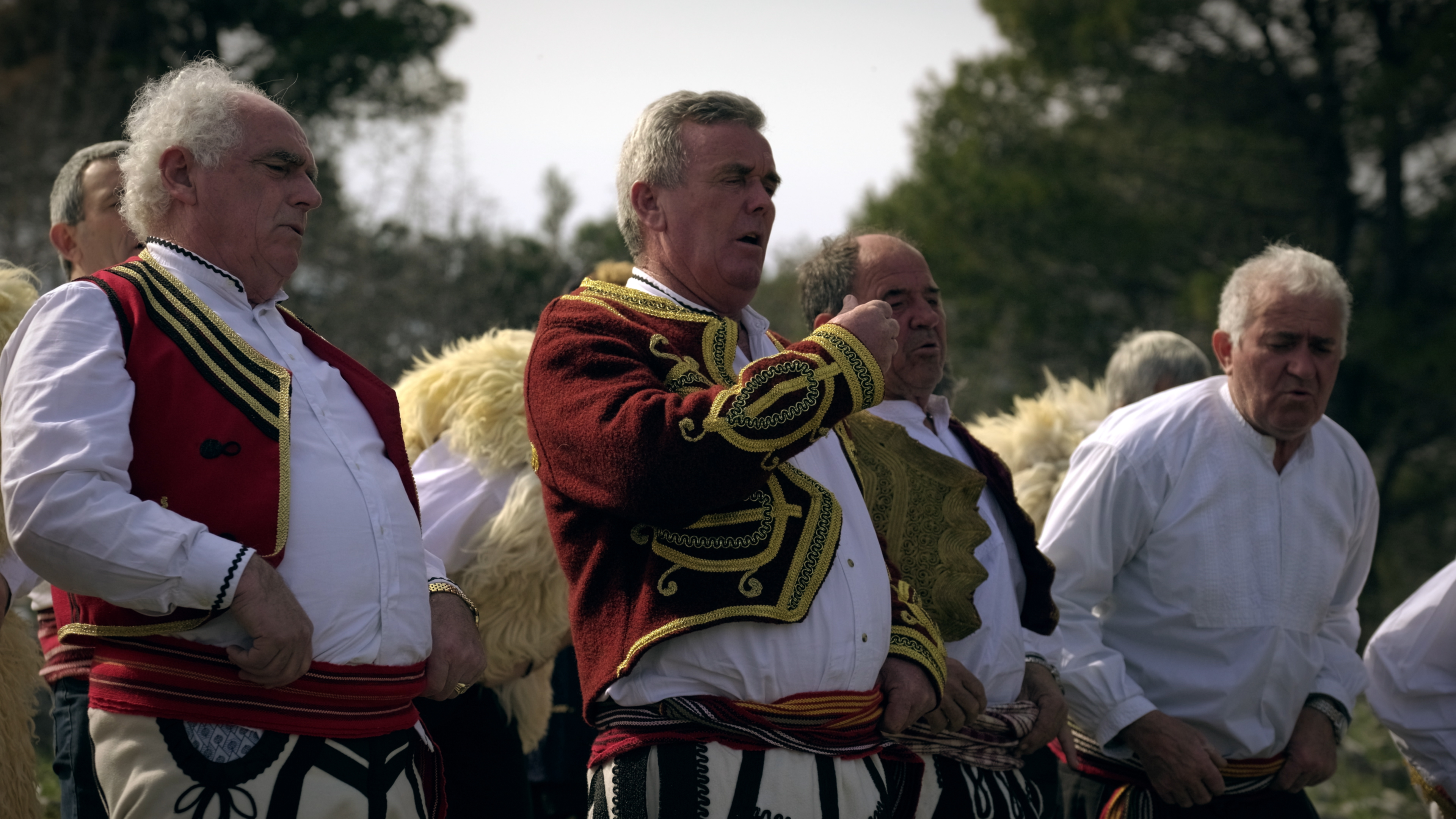 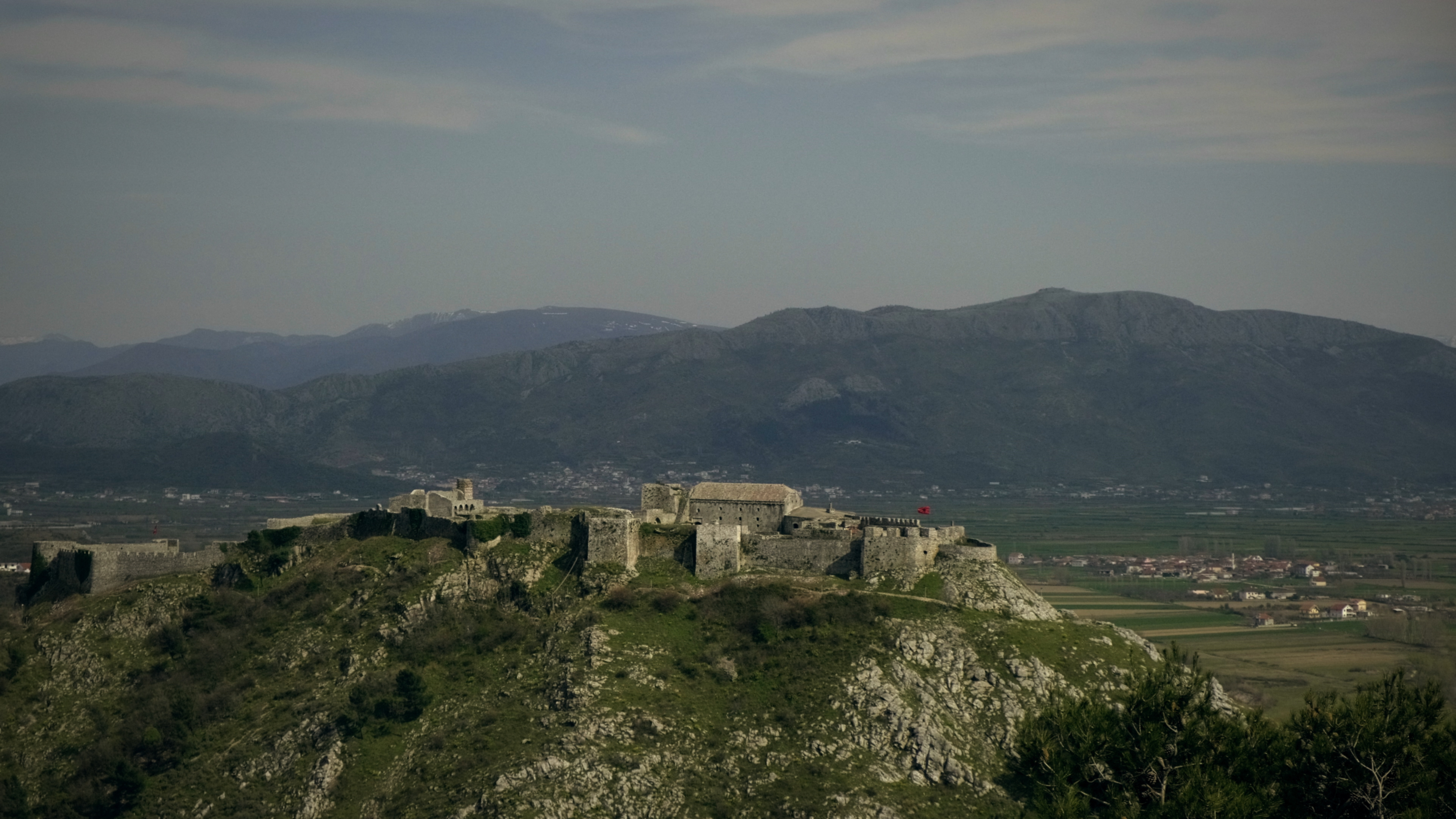 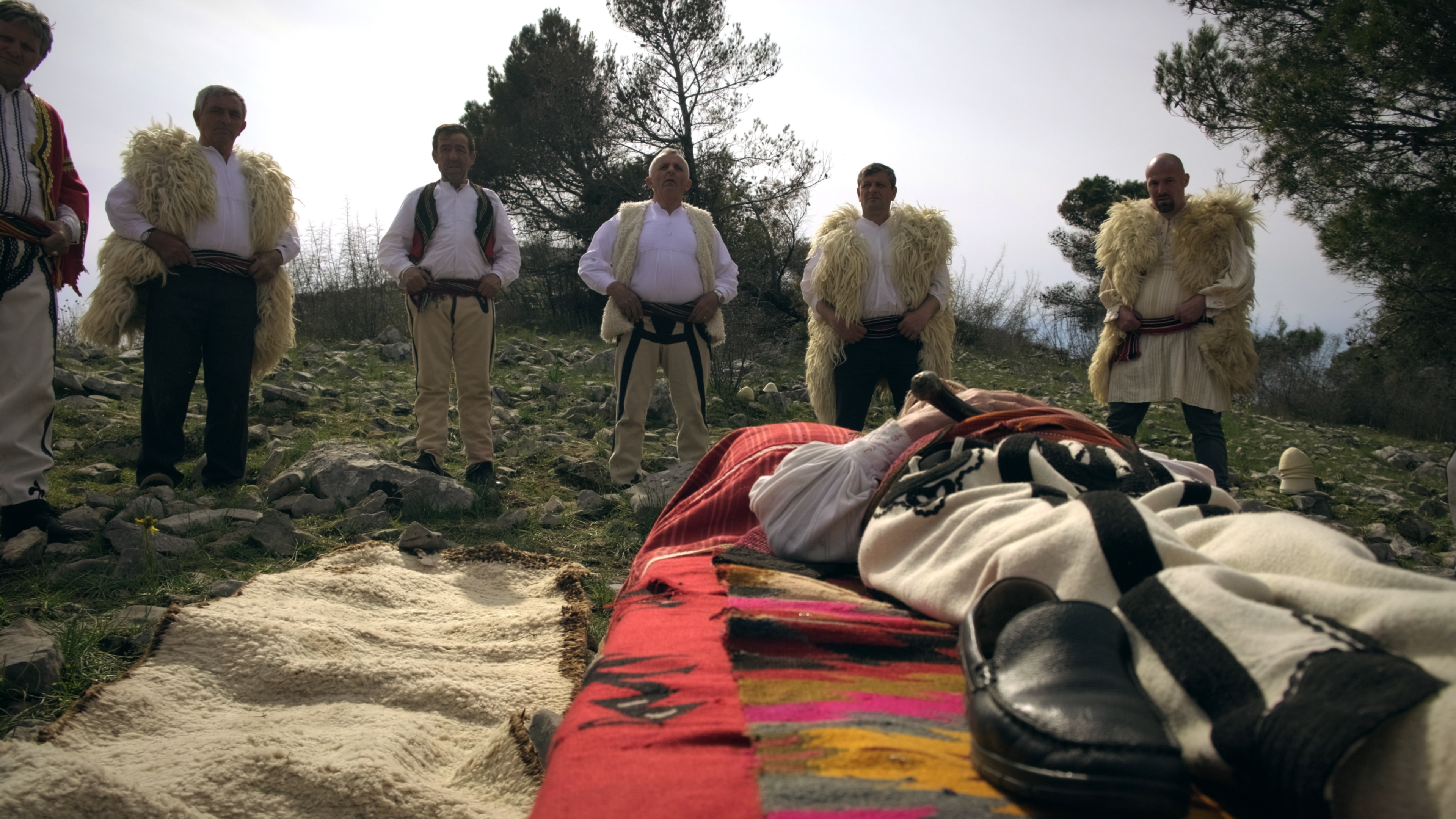 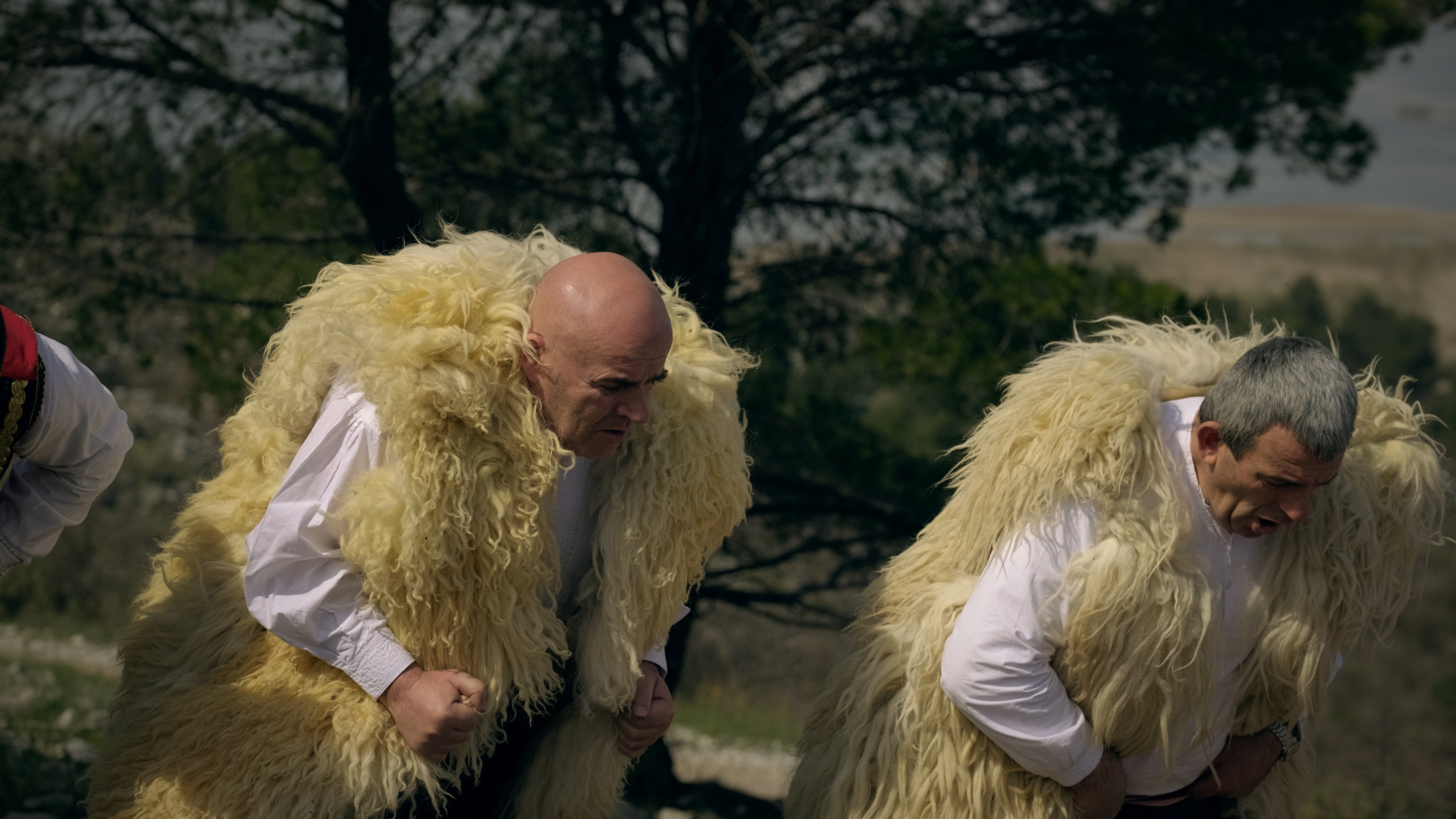 “Gjama” is a rarely practiced mourning ritual which was performed by Albanian men throughout the centuries. By shouting specific phrases and acting out a strict choreography, it is a way of paying respect to the deceased but also overcoming grief and pain over the loss of a loved one. Through the documentation of the re-enactment of the ritual, Zgjim Elshani seeks to recover fragments of the practice in the communities where this form of collective grieving is still a way of overcoming loss. By doing so, the project intends to rethink collective grieving and what it means to publicly display emotions in a male-headed society.

Zgjim Elshani is a designer, researcher, musician, and self-proclaimed emo from Kosovo who is heavily influenced by trash tv, online gossip and obscure trivia. His work attempts to explore the politics of technology and entertainment media, as well as its effects on interpersonal relationships in the face of dystopian futures.