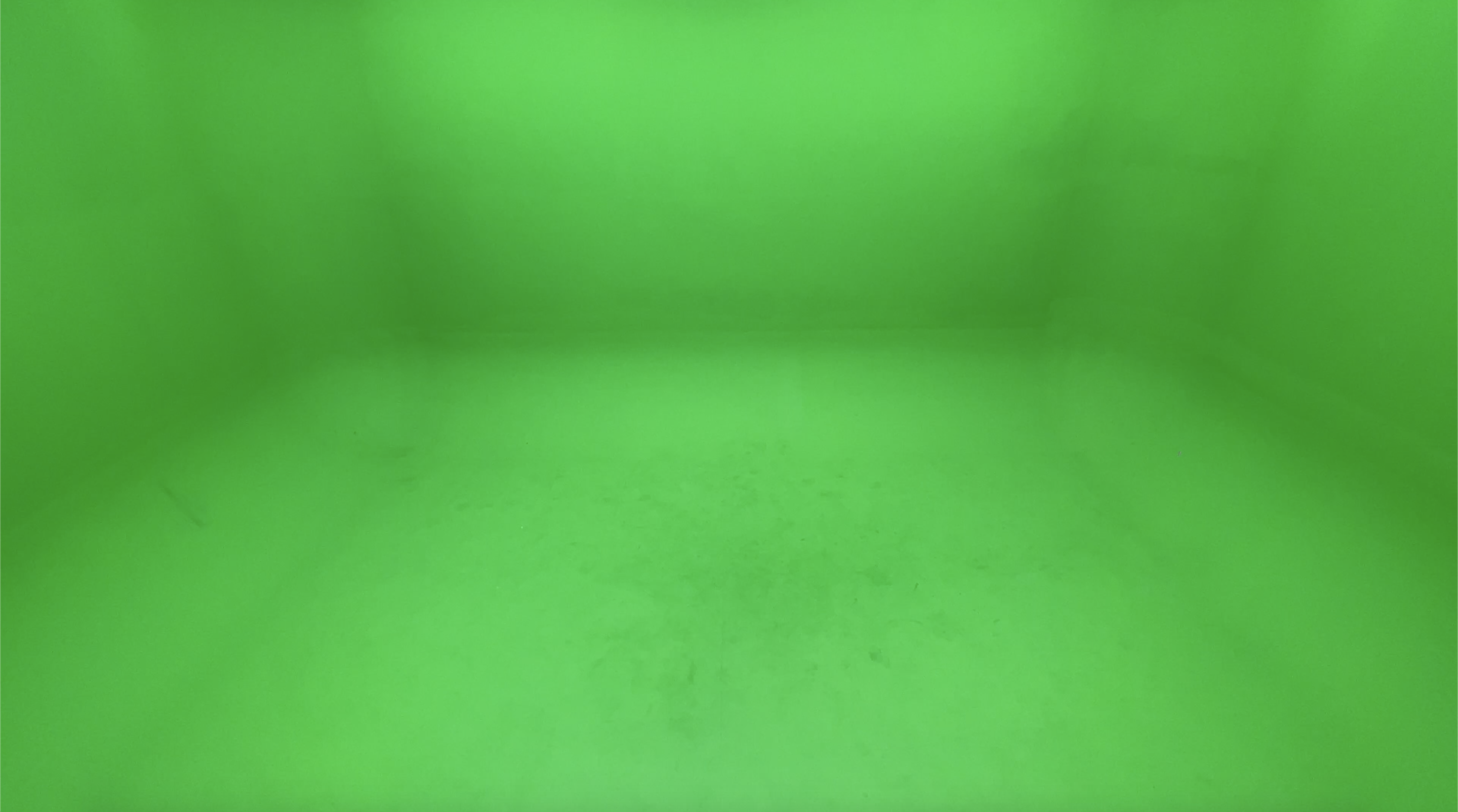 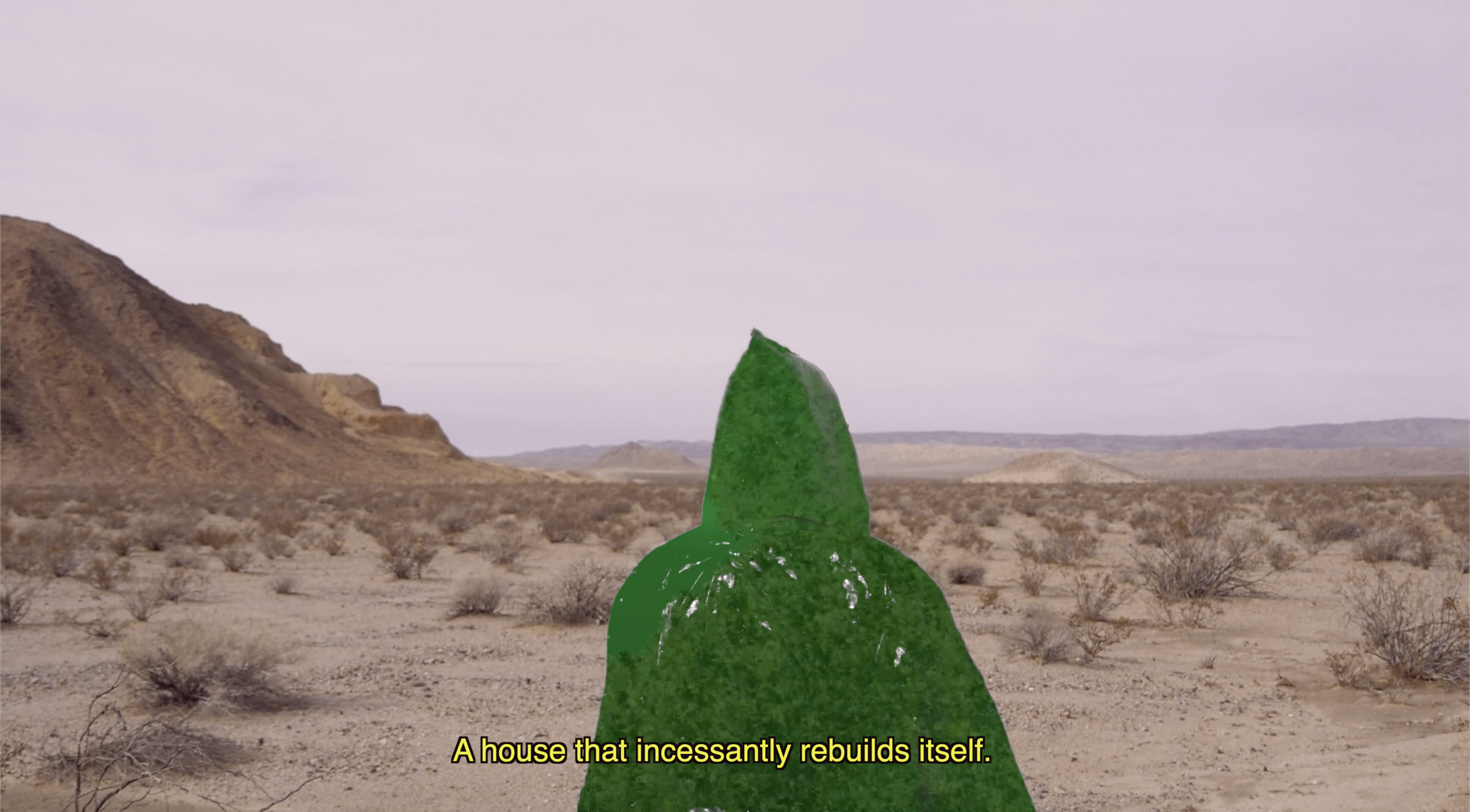 The House That Shadows Built by Zuza Banasińska

A 3-channel video installation consisting of spaces of worlding that allow for a reconfiguration of the real in a way that escapes commodification. Dismantling seemingly fixed identities, both of the subject and their background, the story weaves around Olga Petrova, an English silent film actress, who pretended to be an Eastern-European countess in order to gain fame in the American film industry of the 1910s. She set up her own film studio, which closed, as many others, when the major studios in Hollywood dominated the industry. The work looks at how copying, especially of the strategies of mass cinematic productions, can become a tool of emancipation and production of difference. Olga’s story is reimagined through a fictionalised tour of her studio, where the viewers are guided by a green screen.

Zuza Banasińska (PL, 1994) is an artist making video-based environments, where virtual and real elements are hybridised beyond distinction in order to generate narratives and spaces that are unfixed and non-hierarchical. She studied at the Academy of Fine Arts in Cracow and the Universität der Künste in Berlin. In 2020 she won first prize at “Short Waves” in Poznań and “On. Art” in Wrocław. Her works have been shown in such spaces as the U-Jazdowski CCA in Warsaw, “Dům Umění Mesta Brna” in Czech Republic or “Blindside” in Melbourne.